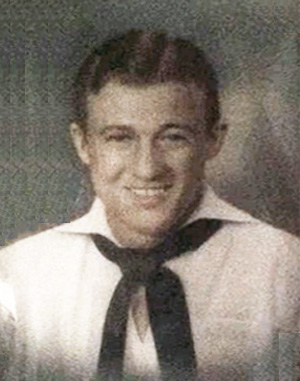 Edwin Jastrzemski was born January 16, 1919 in Branford, Connecticut and grew up in the area of Saginaw, Michigan. He was the son of Frank and Frances Jastrzemski. He graduated from Saginaw High School in 1937 and enlisted in the U.S. Navy on Decemebr 11, 1939.

Edwin Jastrzemski achieved the rank of Seaman First Class and was attached to the USS Arizona. During his enlistment during World War II, Edwin Jastrzemski was listed as Missing In Action or Lost At Sea on December 7, 1941 in Pearl Harbor, Hawaii. 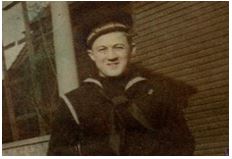 Edwin Jastrzemski is entombed within the USS Arizona BB-39 and is memorialized at Tablets Of The Missing at Honolulu Memorial, Honolulu, Hawaii. This is an American Battle Monuments Commission location.